ABM so complex, we automated it 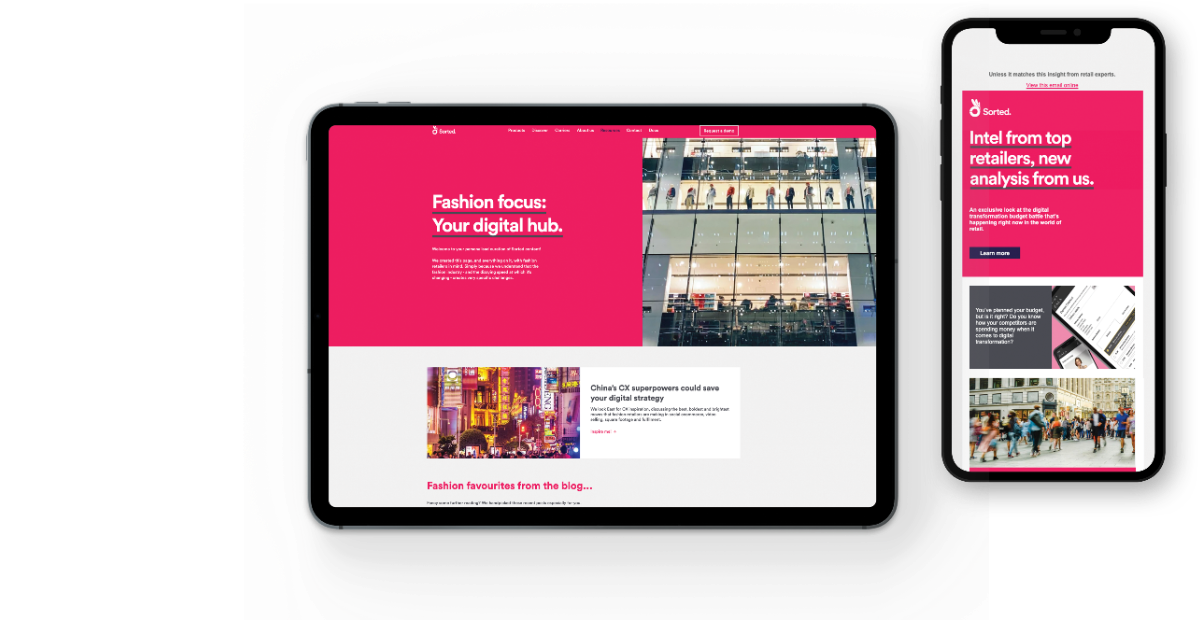 With limited budget and internal resources, but some pretty heavyweight competition to take on, delivery management platform provider, Sorted, had to box clever when setting out to raise their profile among a diverse spectrum of UK retailers.

The company needed hyper-targeted ads for an audience spanning four personas over a multitude of industries. But also wanted the ability to nurture each individual further, with super-personalised landing pages and relevant, in-depth content.

“It's not very often that you find an agency that is as keen to know as much as you before they recommend anything. Don't be Shy were fantastic — not only helping us switch to HubSpot for our main lead & content management, but also ensuring that we used the platform as effectively as possible. They took time to understand our objectives, challenges and audiences and then built out a phased content led, result based marketing plan — relevant to our audiences, our brand and budgets and tracked through HubSpot. A true B2B strategic thinking agency.”

As the plucky ‘young’ up-start, Sorted were competing against established legacy players, who enjoy huge market awareness. Sorted set out to take their share.

Before Don’t be Shy came along, Sorted had focused on inbound activity. But with a small team and budget, they weren’t able to produce enough content to make a significant impact in the short term, and didn’t have time to play the long game.

Through an innovative, tech-enabled approach to ABM, some genuinely issues-led content, and a hyper-segmented, ultra-personalised targeting strategy, we set out to help Sorted put every pound to work.

Sorted had already researched and refined a host of different martech solutions, in order to build the right stack. The company landed on Radiateb2b as an ABM advertising platform, HubSpot and RightMessage.

With the new stack in place, the next step was developing the content strategy to fuel it. 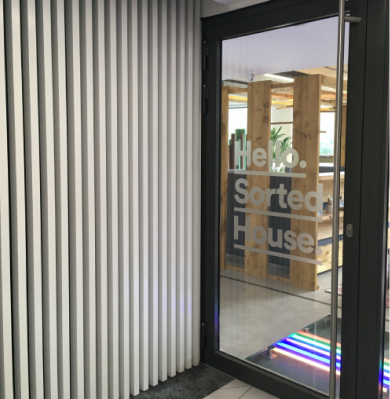 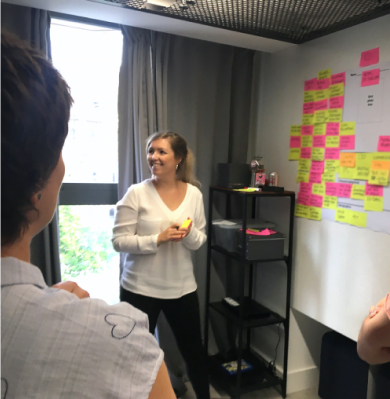 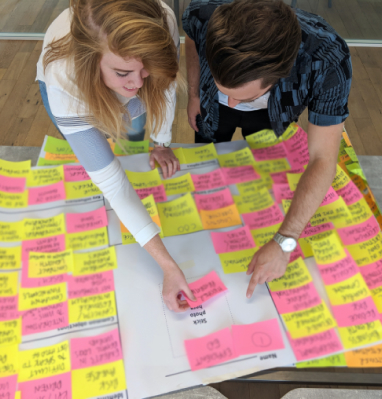 First, we wanted to understand the Sorted brand inside out, so we ran an audience and content workshop with Sorted’s sales, marketing and customer teams.

This gathering of minds was essential for defining Sorted’s target personas and understanding what makes a good Sorted lead. It also provided the perfect springboard to begin crafting their messaging.

Next, we took Sorted’s wealth of research to create a hyper-segmented content strategy that balanced speed of delivery with maximum personalisation — making sure every piece of content we delivered would have maximum bang for buck.

Content had to be created quickly, too; the first piece was required within days of the strategy proposal. and CRM are brand spanking new. Right now, it’s too early for reporting results-by-numbers. But watch this space. The renewed energy and refreshed brand integrity already speak volumes. 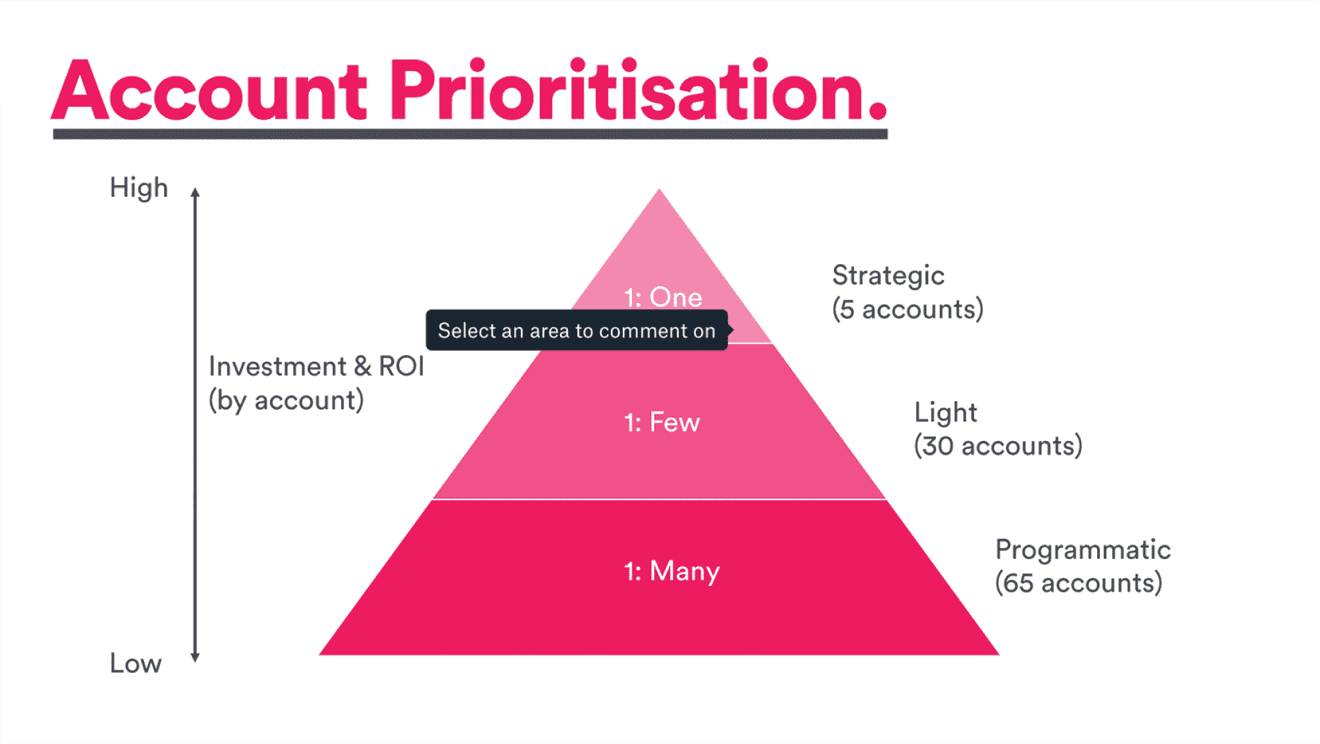 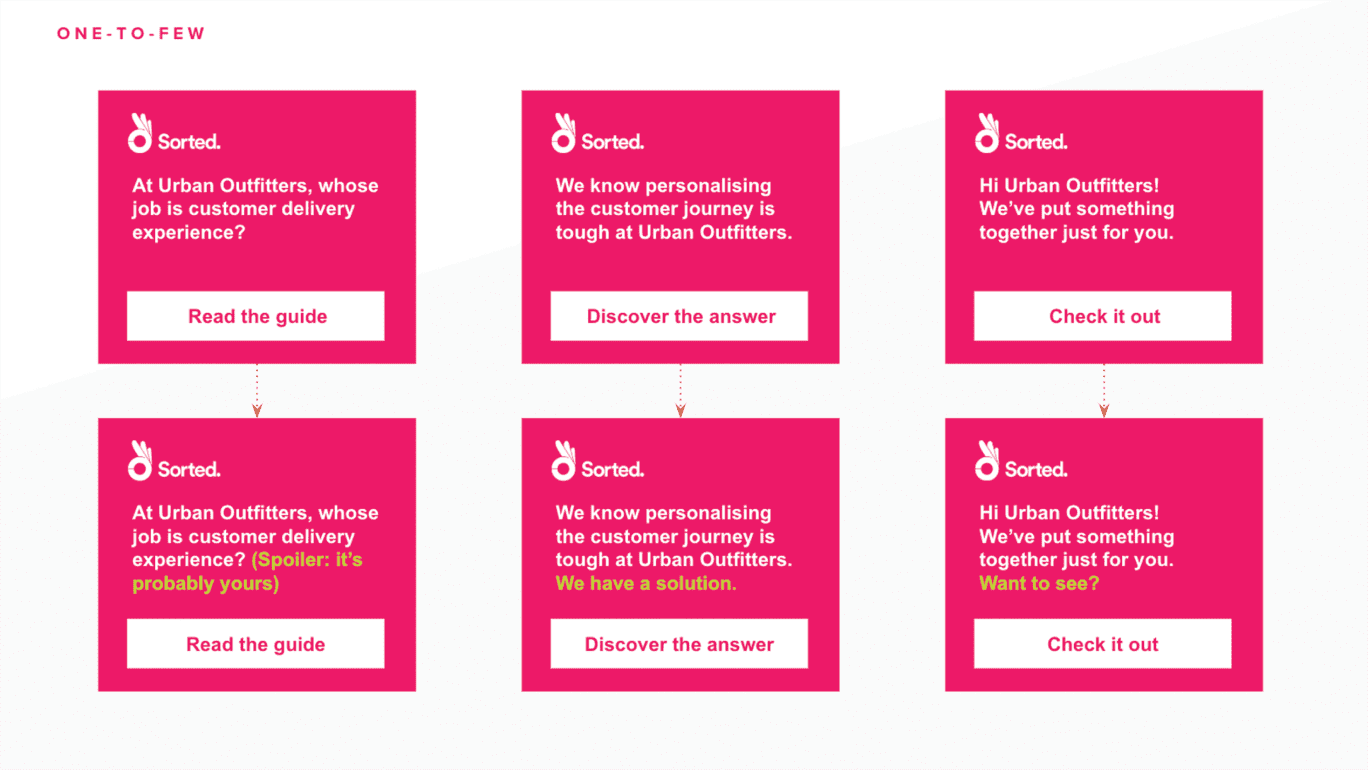 The ultimate ABM aim was to warm targets up enough for sales conversations. The content developed did more than that.

It armed sales with relevant and insightful supporting collateral to share directly with prospects, and shortened the sales cycle dramatically.

“The activity to date has had a real impact on our pipeline and brought marketing much closer to the sales team.” 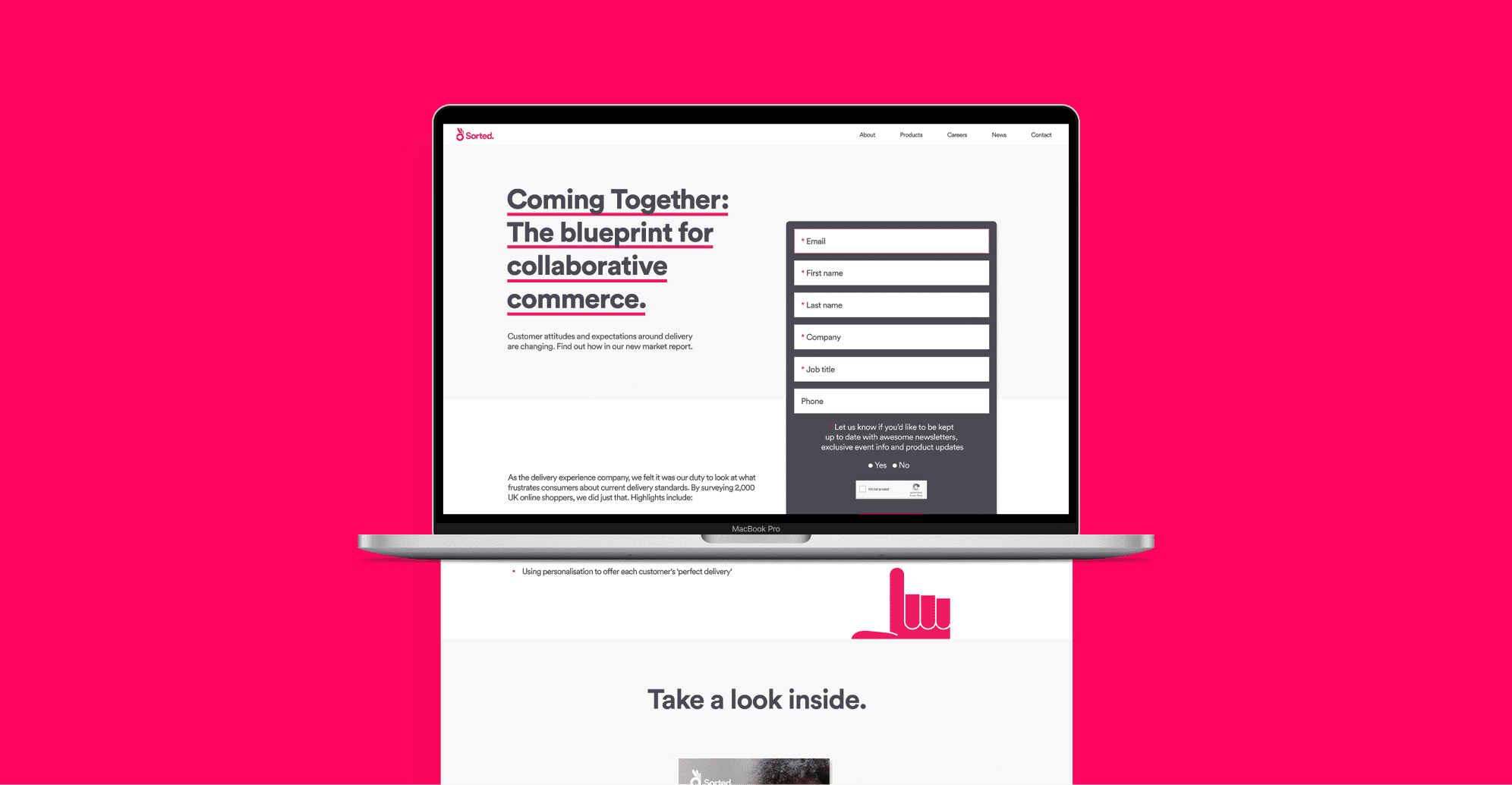 The metrics speak for themselves.

But even more exciting was the level of engagement at Retail Week’s Tech Festival. The sales team reported that year to be the most engaged retailers had ever been at an event.

Oh, and not forgetting a shiny silver B2B Marketing Martech Award for the best use of martech for ABM in 2020. 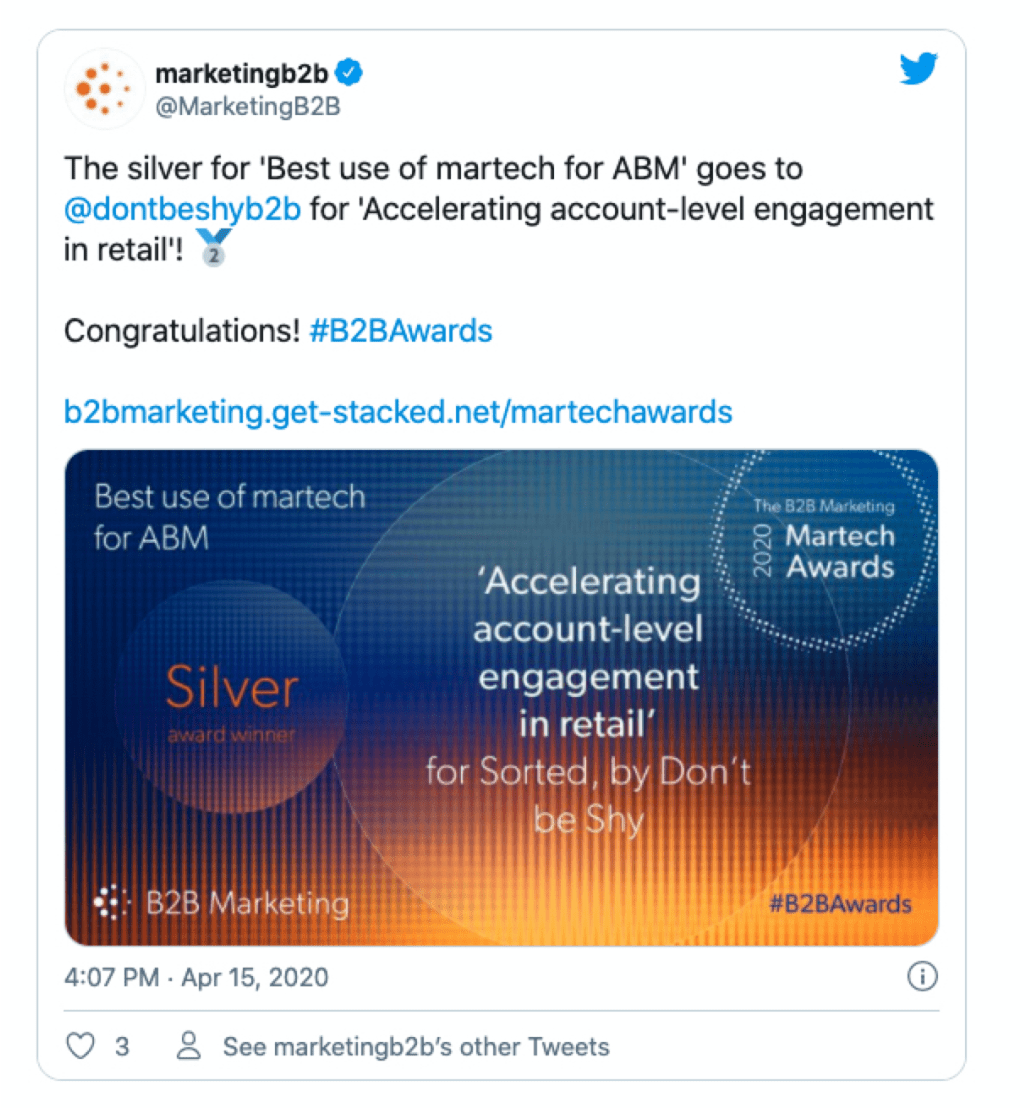 Coupled with two target account deals closed, it’s obvious Sorted landed a knockout blow. Of the 99 companies targeted with ads, 78% went on to have some kind of marketing or sales engagement. Five prospects entered the sales pipeline, and two deals were closed.

Over the course of the campaign, Sorted saw a significant increase in engagement across content-led areas of the website, including a 187% increase in in-depth content views, and significant multi-channel uplift, including:

While Martech is somewhat ubiquitous these days, the approach deployed here shows a high level of refinement and sophistication.

And it really worked. 👍

Drop us a message and we'll get in touch at a time that suits you.

Manchester. London. Anywhere. We work where our clients do, we're not picky and we've got passports to boot. But, if you're stopping by our HQ, the address you need is: Don't be Shy, 1 Stevenson Square, Manchester, M1 1DN.

Send us a message